Capital Castigo is sired by Calato who under different riders, won championships and competed for the Danish team at Nations Cups. As a breeding prospect, Calato emerged from his stallion performance test as one of the higher-scoring stallions in his age group. His progeny (Coster) has won the European Championship and competed in the Olympic Games, and has also been German Champion at the at the Young Rider's Championship (Callisto). The versatile Cascavelle, Castigo's dam's sire, has produced showjumpers, stallions as well as top-class mares.

Castigo has wormed his way into the hearts of the equestrian community in South Africa with his wonderful showmanship and increasing accolades. His biggest achievement has been clearing 1.95m at the six-bar event. Castigo has had some outstanding results in the 1.45m classes including winning the 1.45m Burlington Cup with Chris van der Merwe in the saddle. 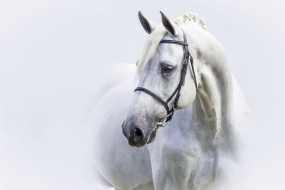