One of the greatest showjumpers of our time!

Cumano, one of the most outstanding jumping stallions to have been on the international circuit, is the sire of Don Cumarco. He has performed time after time at the very highest level under Jos Lansik, who memorably won the World Championship in Aachen in 2006. Cumano has produced several approved stallions and top quality sport horses, like Melitode Reve, who is currently one of the most sort after breeding stallions.

The stallion who was given the title of BWP Ambassador, the amazing Darco, produced Don Cumarco’s Dam. He has been the number one stallion in the world and has sired many quality stallions such Parco, Winningmood and Non-Stop, as well as showjumpers competing around the world such as King Darco and Sapphire.

Don Cumarco, ridden by Nicole Horwood, have broken records by being the first combination to win the South African Derby four times. Don Cumarco has become an icon in the equestrian world, having won every single major showjumping title in South Africa, including Grands Prix, Triple Crown, SA Champs and World Cup Qualifiers.

One of the greatest showjumpers of our time!
The only horse to have ever won the Derby 4 times,
Only horse to have won the Triple Crown,
Winner of several FEI World Cup qualifiers including the series winner of the African Leg,
Amongst many other titles he is also the defending champion of this years Presidents Cup!!
C A P I T A L  D O N  C U M A R C O ....... it is with mixed emotions today, that we announce the retirement of our legendary, dazzling grey stallion DC. We owe so much to this incredible athlete, character and icon of equestrian sport. We will miss the dream partnership that Nicole and DC had and shared every time they stepped into the ring but we are happy to have him enjoying the grass and beautiful fields as he retires at Summer Hill.
We will be giving him a fitting ceremony at the South African Showjumping Champs in Shongweni 2020, but for now we would love you to spend a few moments remembering how this horse has changed our lives....
24 Oct 2020 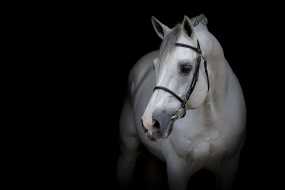 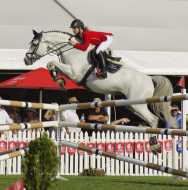 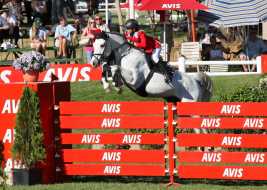 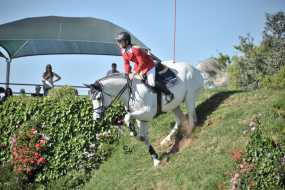 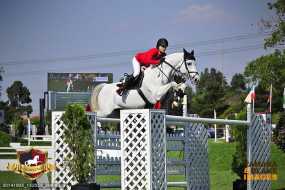 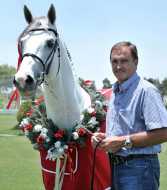